Featuring the traditional adidas trefoil logo, no sponsor and the iconic embroidered Manchester United logo, the 1980 home kit truly is a piece of history.  The sleek and simplistic design embodies the club’s growth during the period, and possesses a uniquely vintage style. 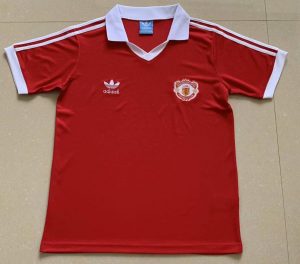